The Heart of the Father 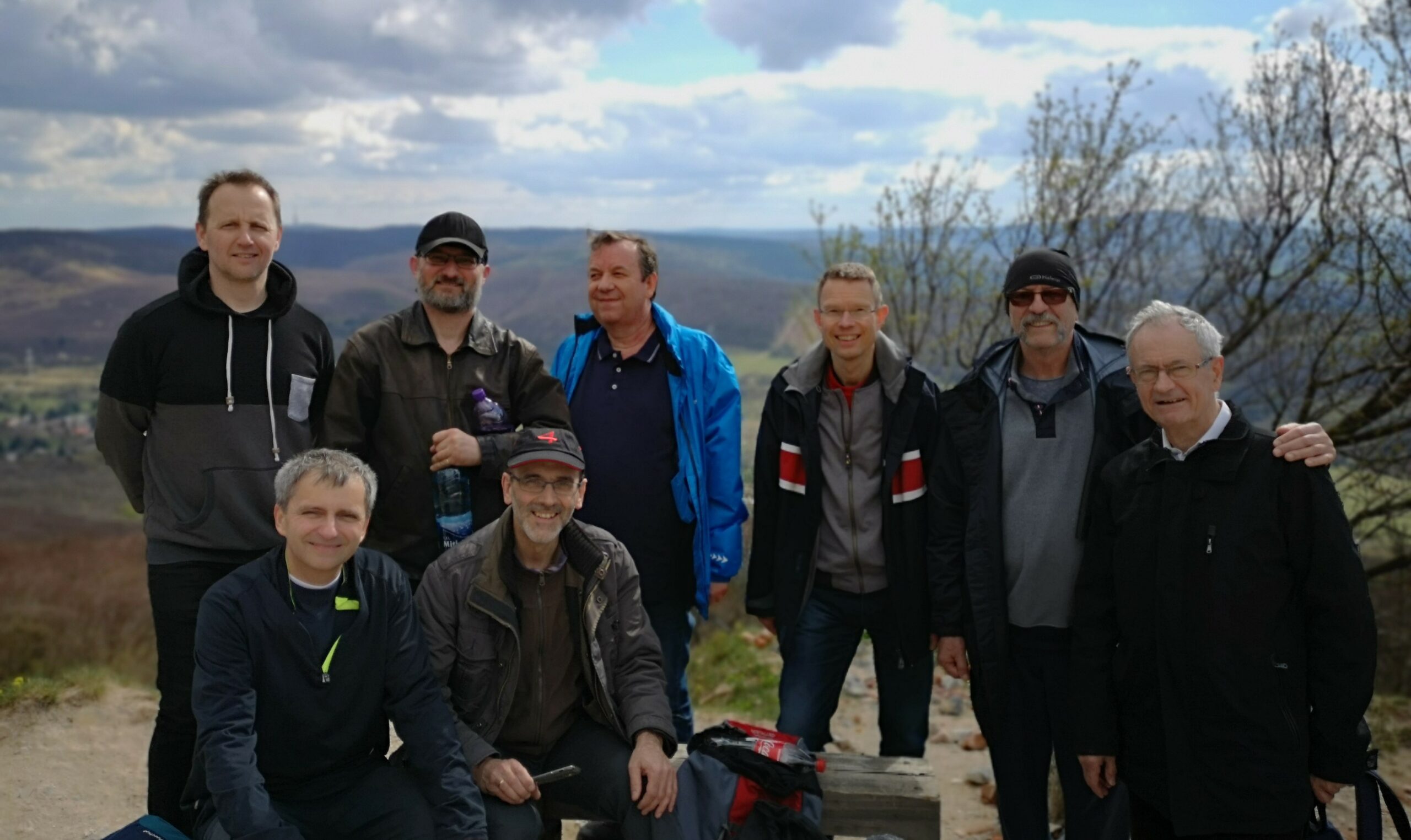 The Heart of the Father

With our mind we may know who God is but in our heart there might be another God. Each one of us appears to have a different image of God. This is because the image of God is to a large extent determined by our earthly fathers. Our experiences with our fathers in the past will often (subconsciously) be projected on our relationship with God, our heavenly Father.

Wrong image of the Father

We live in a society where many people have a wrong image of the father and this can be caused by the following:

1) The absent father
Some children have never experienced the love of their earthly father because their father had died, divorced or just abandoned the family. It is also possible that the father spent all his time outside the house because of a very busy job. As a result there is little to remember and there is only a very poor image of the father. What is a father?

2) The neglecting father
This is the father who never embraces his child, who never says “I love you”, never shows any affection. This father takes care of his children materially but does not share his life with them. This creates a sense of worthlessness within the child.

3) The disappointing father
This father never keeps his promises. A lot of talk but no action:
He often says: “I will play football with you”.. but does not do it
Those who had a father like that find it hard to believe that God keeps his word and that He is really interested in their problems.

4) The offending father
This father always has disdainful comments such as: “you will never succeed”, “you have made a mess”. This results in a child with little self respect. You feel like nothing but you long to be someone. It creates fear of God

5) The perfectionist father
This father is strict and very demanding. As a child you must always be careful as your father is always critical. The result is that the child sees God as a strict legalistic Father: “I must follow the rules otherwise God will not love me”.

6) The weak father
Some fathers are weak. They never take responsibility. They hide when there are difficult situations. They are quiet and always tired. Out of necessity the mother becomes the person with authority. She will dominate and the father does not show any strength. What will be the image of God when you have such a father? God hardly means anything.

7) The sensual father
Some children, especially girls have been subjected to a sensual unclean father. Such a father always makes unclean remarks, gestures or makes filthy jokes. Sometimes even has sexual contact with his daughters (incest). Girls who have been abused by their father cannot see God anymore as a loving Father. They often are not capable to receive love (of God or of other humans) or to give love. They feel filthy, worthless and abused. They are usually very bitter.

8) The dominating father
Usually a successful career minded father who wants to “mould” his child in his own form. Such a father will not allow the child to take decisions on his own. He forces and pushes through. Under the threat of punishment and violence the father’s will is forced to the child. A child with such father starts to think that God is a dictator. It usually creates much bitterness within the child.

9) The spoiling father
Some children always receive what they wish. Their requests are met immediately. They never have to take responsibility. This exaggerated indulgence comes usually out of fear to “lose” the child. This results in spoiled children who often start to hate their parents. They start to see God as Santa Claus. He has to meet all their wishes otherwise they will become rebellious.

10) The father who did not want you
Sometimes the child is seen as an “accident” by the father and not loved at all. This is very serious and problematic for the child.

You might feel that you have difficulties in your relationship with God, which is caused by the fact that your earthly father fits within one or more of the above-mentioned categories. You can bring this before the Lord and should find forgiveness in your heart towards your father who might have hurt you. Otherwise you might become very bitter and will not find any peace with God.

There are no perfect earthly fathers and therefore the solution is to forgive your earthly father. The most important thing is that you learn to know who God really is instead of who you think He is. He is the perfect father; He always corrects with love; He is faithtful, gentle and just; He loves you and longs to spend time with you.

God as the Father to its full extent

I myself had an absent and neglecting father and I was angry with him once I realized what I had missed as a child. I had to forgive him many times. I now realize that I have lived like an orphan for a long time and 10 years ago my journey from an orphan to a son of God had started. In 2009 I experienced a “burnout” and since then I stopped working so hard as I used to. This enabled me to create more possibilities to spend time with God.

However, it took a while to receive (and experience in my heart) the revelation of God as the Father to its full extent. It gave me four very valuable insights:

1) I am a child of God. My identity is not what I do or what I have or how other people think of me.
2) So many people have a wrong self-image like I used to have.
3) I am less fearful as I know He takes care of me.
4) I do not serve to gain the love of the Father. I serve Him because I love Him and I want to make my Father happy.

One of the reasons for Jesus to come to us is to reveal God as his Father. You can read chapter 17 of the gospel of John and see how many times he uses the word “Father”. Jesus lived in continuous community with his Father. Sonship was absolutely central to his life and he lived out of his Father’s affirmation. One of the many examples of the heart of the Father can be seen in Luke 15 about the ‘prodigal’ son. See also about our sonship: Romans 8, 15-16 and Galatians 4,6.

Many christians still live as orphans but there is a very important part of scripture in John 14, 18 where it is written: “I will not leave you orphans”.
But what are the characteristics of orphans? Satan is the ultimate orphan. He became an orphan because of pride. He was cast out. He is also a father but a “father of lies”. He tries to prevent us to live like sons and daughters of the Father. See for example Matthew 4,3 where the devil asked Jesus: “If you are the Son of God…..”
So he tries to undermine the identity of Jesus as the Son of God. However, Jesus had just heard from God his Father, prior to going to the desert: “This is my Son, the Beloved; my favour rests on him” (Matthew 3,17). So He was secure in his identity as the Son of God.

Some characteristics of orphans

1) An orphan “strives” to succeed. His identity is in what he does. A good test is as follows: Take away what we do and who are we then? An orphan is always gaining approval instead of working out of the approval he already has. He has a performance mind-set, no rest, no peace, always busy.

2) An orphan easily feels rejected. “nobody loves me”. Many of us are like that from time to time. When you feel unloved it leads to finding joy in other things: passion, possession, performance, people, places, power, anything that will ease the pain of not being loved.

3) An orphan wants to be noticed. He wants to be the centre of things, drawing attention to himself.

4) An orphan finds it difficult to receive instructions or criticism. However, sons see corrections as a blessing.

5) Orphans tend to be self-oriented: “What is in it for me?” and are easily jealous. However, sons are humble and happy about what others achieve or have.

7) Orphans always compare themselves to others and are very critical at themselves when others are “better at something”. Sons are positive as they know they are worthwhile for God.

In summary, growing from an orphan to a son of God is a process (a journey) and I am still in the middle of it. I know that God provides what my earthly father has not given me. It helps also to realize that it is often a generational matter. My father could not give me what he had not received from his own earthly father (my grandfather).

Last but not least, Fathers Prayers has helped me so much in this journey as every week on Wednesday when we prayed together I could share so much with the other fathers in our local group.

Fathers Prayers – The Blessing of Surrender

Address: Troubadoursborch 65, 3992 BE Houten, The Netherlands